Our pigs are all home-raised with the option to be inside or outside (they are not barn raised).  We sell either weaner piglets or will sell a finished pig for those that don’t have the option of raising their own at home.  These piglets and finished hogs are home grown, all natural, hormone and drug free.

Weaner pigs sell for $120/each at weaning time

To order your pig now, or be put on the waiting list please

Our first 2 litters are due February, 2016. These will first be available to 4H kids for their Swine Projects, then if any are left they will be for sale. If you would like a piglet, please contact us asap as our list is filling quickly.  Fall piglets can also be arranged, only if pre ordered. 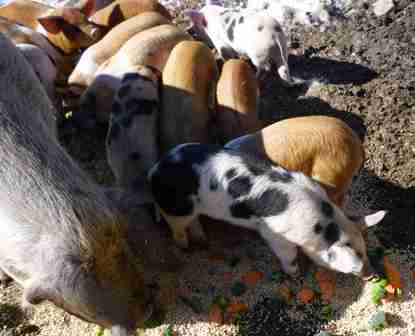 Reba and her February 2012 piglets eating at 4 weeks old. 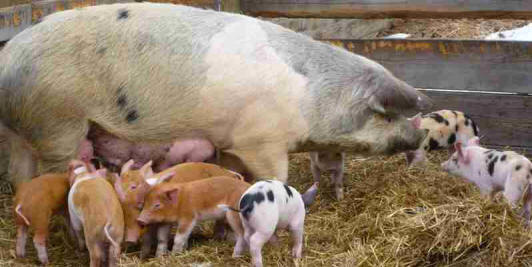 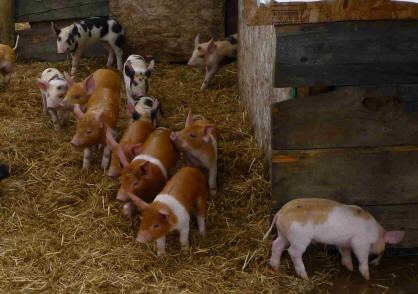 Reba and her piggies at 3 weeks old. 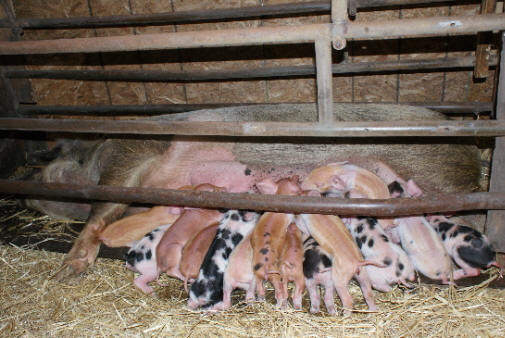 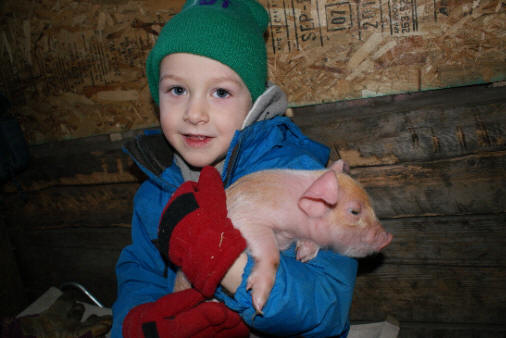 Reba and her 14 piglets at 2 days old.  What a colourful bunch they are!  So sweet too.   And Trace holding one of the piglets. 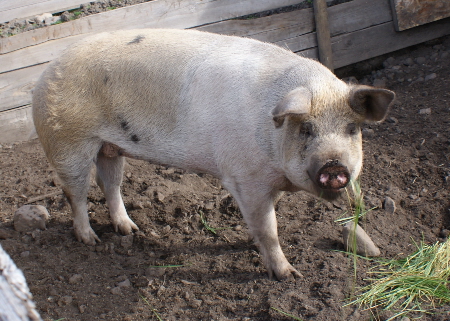 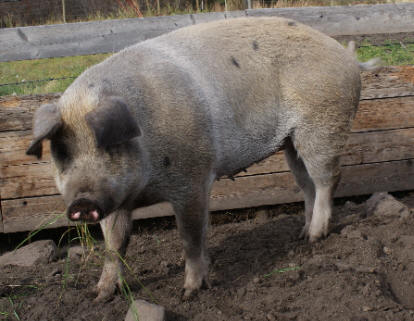 Reba was the start of our pig breeding program.  She is an excellent sow.  She is a fall 2009 pig, and had her first litter in March 2011.  She is very friendly and doesn’t mind her pets from people, and even lets us play with her piglets.  She is the mom of our other 3 sows, we hope her daughters are just as amazing. 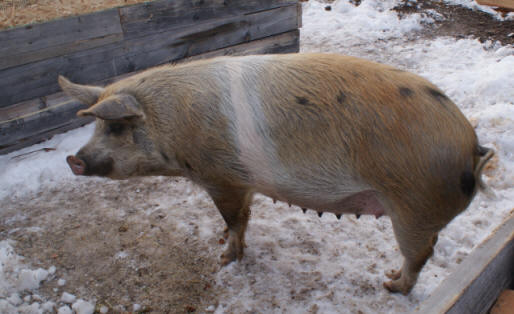 Reba back in February 2011, very pergnant. 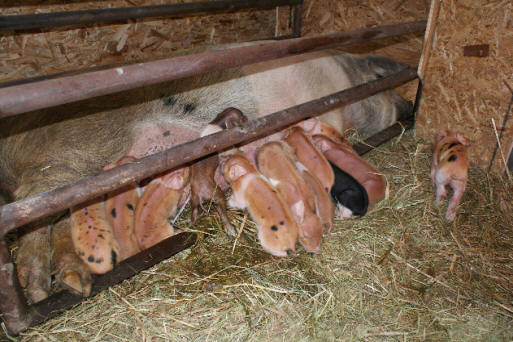 Loretta: 2011 Landrace/Yorkshire/Duroc Cross (daughter of Reba, out of a Duroc Tamworth Yorkshire Boar) Farrowed on March 21, 2012. 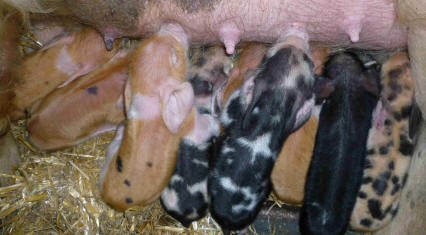 Loretta’s colourful litter, she had 9, but unfortunately only 8 lived.  Loretta is an excellent momma too. 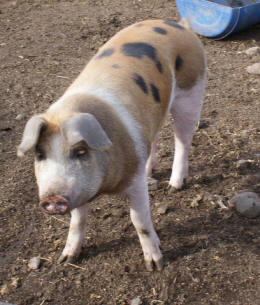 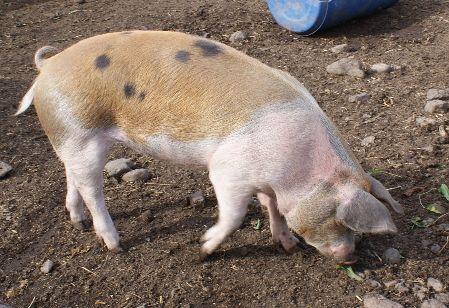 Loretta looks alot like her mama.  Here she is in October 2011. 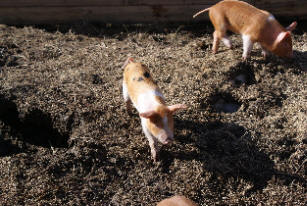 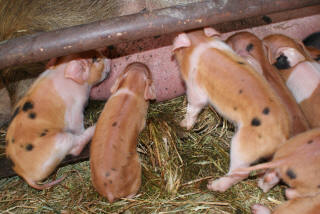 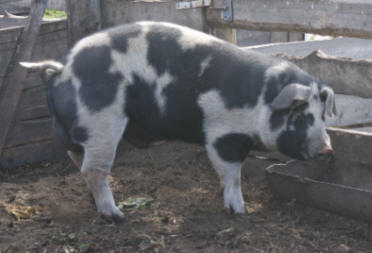 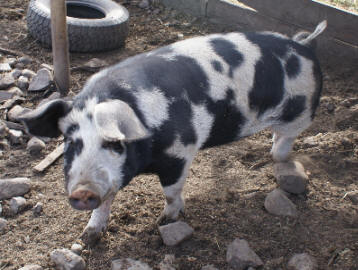 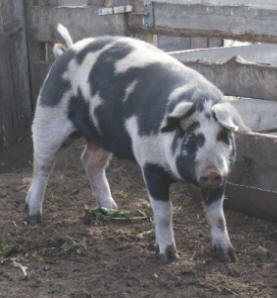 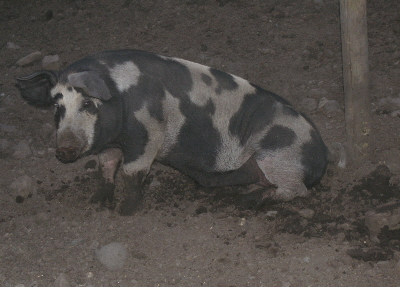 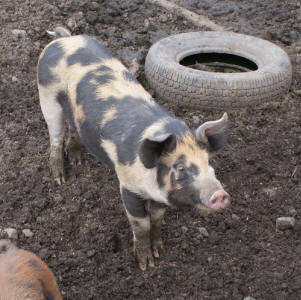