This is a gorgeous, flashy, and sweet mare.  She is 2 and ready to start under saddle.  We have a full sister born this year, a solid bay.

Feature was one of our foals, born here, and was sold as a weanling.  Her current owner has now come into some financial problems and needs to cut back on her animals, so this beautiful filly is available again.  Don’t miss out on her! 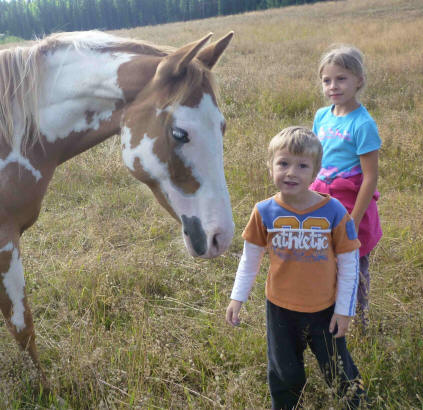 Here is Feature at our place this September.  She is out on 60 acres with 30 other horses, and she still loves to come up for her pets.  She is very sweet and friendly, loves all people.  Here she is with our kids Trace and Ellie.

Her bloodlines include greats in speed like Seattle Slew, Truckle Feature, and Louisiana Slew. As well as other greats like Boston Mac, Blondys Dude, Scooper Chick, Old Tom Cat, Bee Line, Crimson War, Buck McCue Jr., and many more.  She is bred to work and has excellent conformation and athleticism. 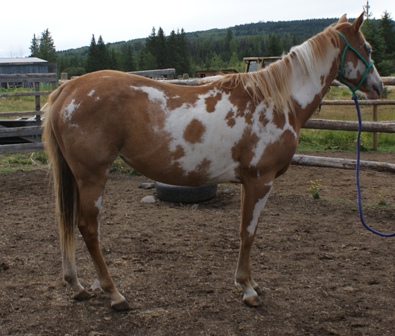 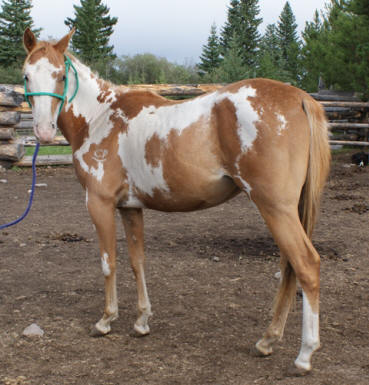 Feature (formerly known as Float at our place) in August 2012 when she arrived here to come have some good pasture time. 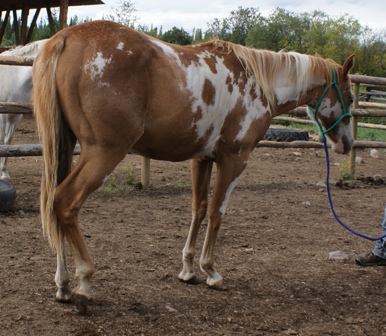 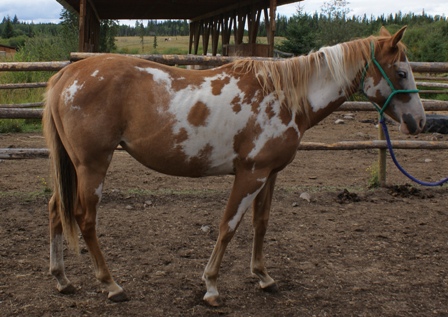 Feature is used to all kinds of animals and really doesn’t spook at anything.  She is used to sheep, goats, geese, ducks, pigs, cows, dogs… 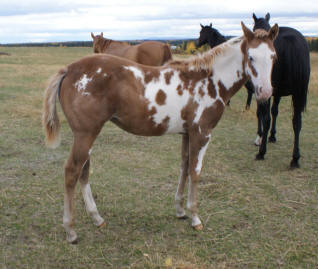 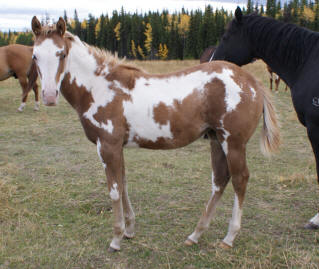 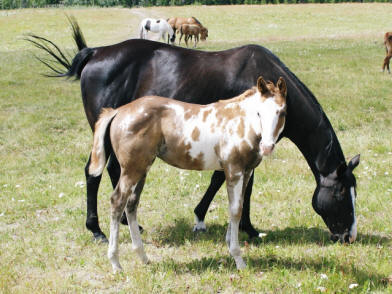 Here are some older pictures of Feature back when she was still on mamas side. 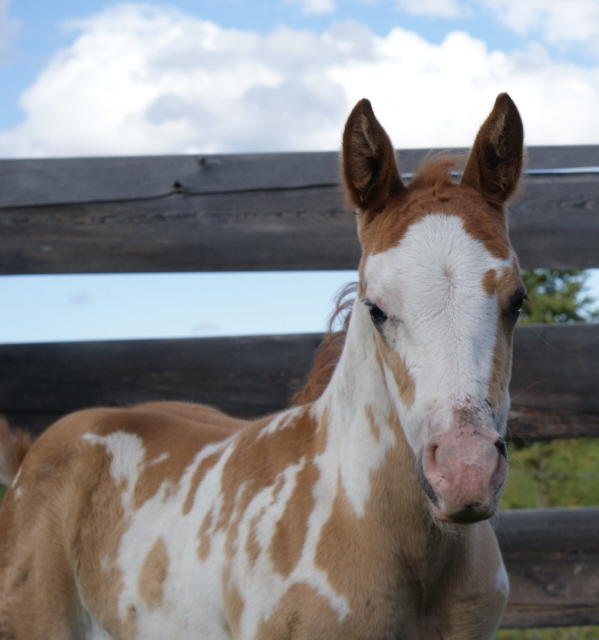 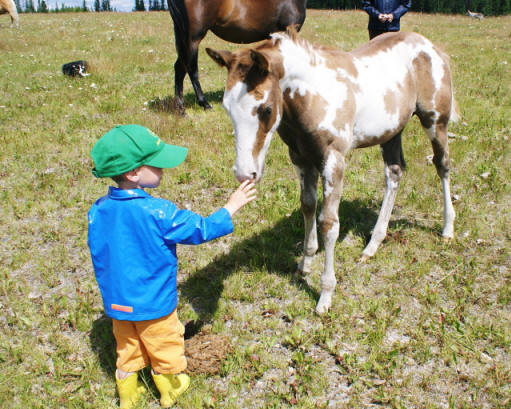 Back in 2010 Feature liked Trace then too.

Here is her extended pedigree: